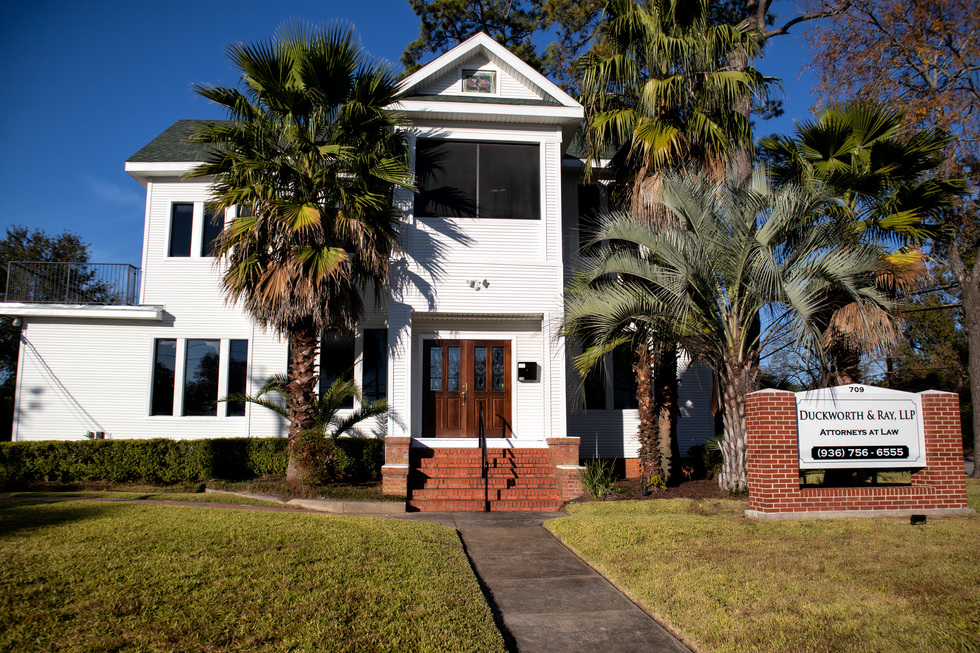 Attorney Representation in Texas Since 1998

We are on your side. We have been standing up for the rights of people charged with crimes in Montgomery County, Texas, and surrounding counties since 1998. We will fight to protect your freedom and your good name.

We have experience in handling all types of criminal cases, from traffic tickets to Murder and everything in between. Our results have earned us a good reputation with our clients, prosecutors, courts, and other defense attorneys.

Tony Duckworth and Darin Ray first met during their orientation at South Texas College of Law in 1995. In fact, Tony is the first person with whom Darin spoke at the orientation…and the rest is history. After being friends for a while, they both believed that they would be compatible law partners. They formed a strategy of gaining unique experience, which would benefit the firm in the future. Darin took classes about operating a law practice and mediation. He donated time at several JP and municipal courts mediating disputes between individuals. Furthermore, he clerked at a Harris County court. Tony participated in moot court competitions. He clerked at two different Montgomery County courts as well as a very successful mid-sized firm in Houston.

Darin opened the practice in February 1998 after obtaining his license to practice law in December 1997. Tony joined the practice a few months later. Both passed their bar exams on their first attempt. The lease was signed and thousands of dollars spent building out the space for the first site of the firm before they even knew that they passed the bar exam. This is exactly the kind of confidence and determination that you should be looking for in an attorney.

When they first began the practice, Tony and Darin accepted a variety of cases…anything to pay the bills. As the practice has grown, both agreed to focus the practice in the area of criminal defense. It is simply the most interesting area of law and, as Tony often puts it, they pride themselves in being “footsoldiers of the Constitution”. The act of helping the wrongfully accused, those who have been oppressed by the state, and those whose liberty is threatened is more rewarding than pushing paper, chasing ambulances or fighting over pots and pans. Duckworth & Ray is here to work with you and for you.